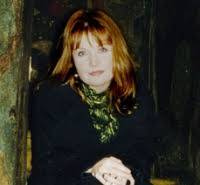 Pamela Mingo was born in Toronto, and lived in Calgary before settling in her hometown. She studied art at York University. There, she received a BFA and was awarded a scholarship to study painting at the Banff School of Fine Arts. Pam's passion for creating art has been with her for as long as she can remember and artistic endeavour has been at the heart of her life. She has worked as a courtroom artist for a Toronto television station and has designed numerous sets for television and theatre. She has had shows in Montreal and Toronto and participated in events such as the One of a Kind Art Show and Riverdale Art Walk. Pam's eclectic range and resulting creations emanate from her transcend­ent feel and grasp for harmonizing nature, its creations, evolving culture and contemporary society into fl.owing art appealing to the imagination and senses. Pam's latest exhibition, "Leviathan", launched her dramatic new series of whale paintings to her legions of fans and many new supporters.